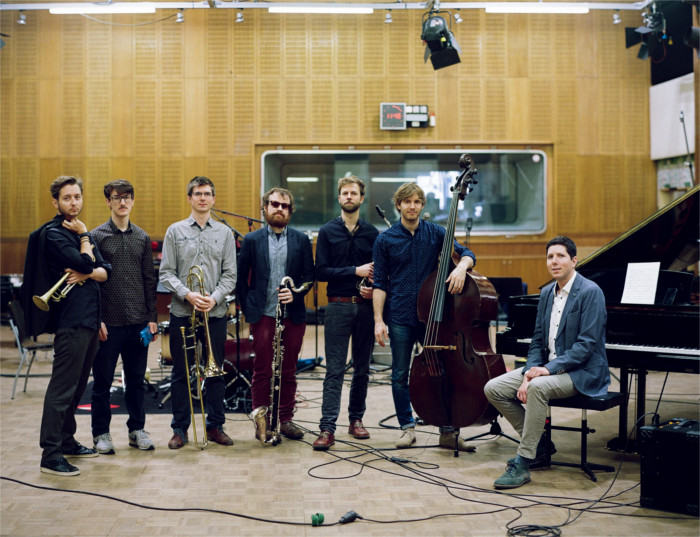 Following a break, the septet led by bassist and composer Gregor Aufmesser is back to present their new album.
On their debut album “Orbs” (Jazzwerkstatt Records) they attempted to musically address four aspects of physics: mechanics, thermodynamics, the theory of relativity and quantum theory. Their sound reveals they are a classically-trained septet which bring new and unexpected aural colors to the audience. The interchange between chamber music passages and the big sound of the full band bring additional exciting moments. Following the concert, many will be asking themselves, “Is that what physics sounds like?”